A Turandot for Ukraine! 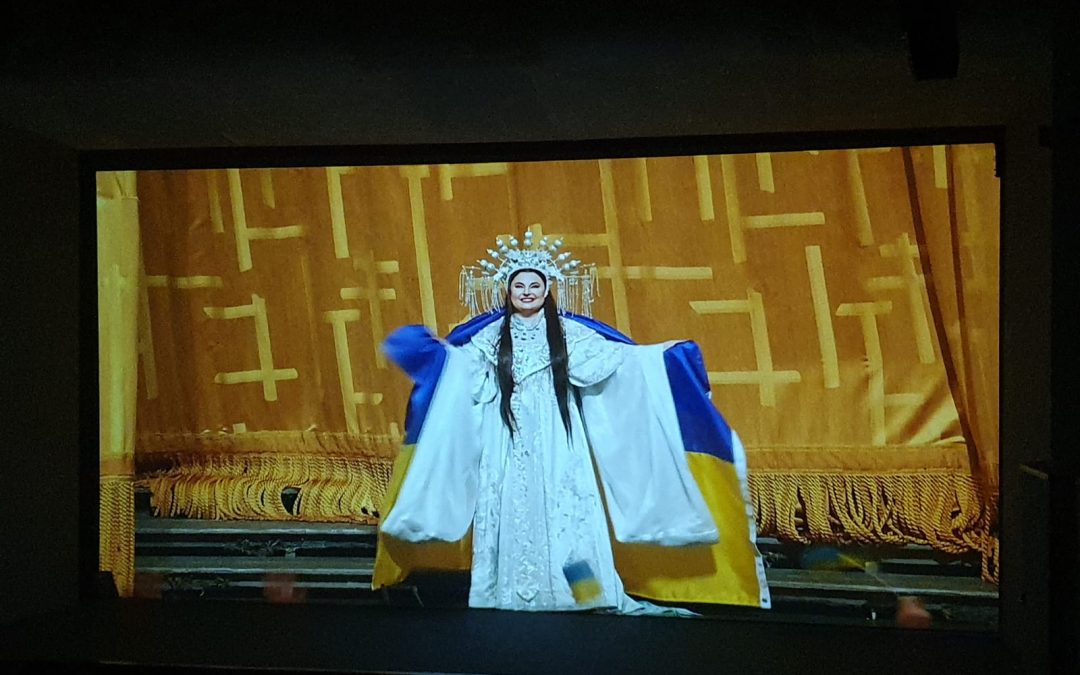 Opera houses larger than reality, such as the Metropolitan Opera House in NY, are very much affected by the politically correct message.

…they removed James Levine and Placido Domingo on allegations of sexual assault or harassment.

Now that they have canceled Anna Netrebko to star in Puccini’s ice princess in her 2021-2022 season, due to what they considered to be a very lukewarm demarcation of Putin and his insane war…

HAVE DECIDED TO BRING IN:

…who proudly waved the flag of her country…

upon receiving her (very warm) applause at the end of the performance.

Netrebko’s replacement has sparked mixed feelings among her fans.

From a vocal point of view I appreciate the substitution (and I entrench myself to avoid the wrath of Netrebko fans).

Let me explain; Netrebko’s artistic superiority over Monastryska is indisputable; voice quality, musicality, etc. But Netrebko was never and will never be Turandot and I rest my case; look for Eva Turner, Birgit Nilsson, even Eva Marton on Spotify: add Turandot to the search and listen.

From the moral point of view, I am not convinced by the substitution because at the time Netrebko published that he regretted the war (I wonder if Peter Gelb was waiting for Netrebko to do the Camino de Santiago on his knees).

Turandot, lives and or dies thanks to its three protagonists:

TURANDOT, CALAF AND TO A LESSER EXTENT LIU.

Although the latter has wonderful music, if she fails, we can console ourselves with a great couple of protagonists. In this REVIVAL of the MET of the everlasting production of Franco Zeffirelli dating from 1987 and which is a jewel in the crown for the spaciousness of the stage; the colorful costumes, the scenic movement, the sets, would be the envy of the much promoted Chinese show Shen Yun.

In my opinion the biggest star of the night was Ermonela Jaho, Albanian soprano, as Liu, who was sublime; possessing a beautiful lyrical voice, musicality, a stage presence of great beauty and capable of expressing emotions; if she already conquered us with “Signore ascolta”, he made me cry with her final aria, before her unfortunate suicide. How he caressed the vocal lines and gave us a real messa di voce.

Of the rest, I have to mention as a place of honor, the mano with  a great career, and a voice that shows very little decay over the years, the great bass Ferruccio Furlanetto.

He made a touching, fragile Timur, which made much of the phrases and music he had to sing. The dark, smooth sound, remains untouched.  He also gave us some wisdom in his interview (young singers take note):

When Nadine Sierra, today’s host, asked him where was the secret of his vocal longevity (he is a few days away from turning 73) he replied that the choice of repertoire was fundamental (Not to sing everything a director or manager offers,  but what the voice is capable of) he also attributed this long career to the fact that he has sung a lot of Mozart,  which is fundamental to singing (and who should be obligatory music to any vocal training).

The couple of protagonists where a level below the above mentioned: The Korean Yonghoon Lee delighted several of those present but I have always felt indifferent to his work; in a couple of moments he broke his line, nothing serious, and displayed a stentorian sound that nevertheless lacks a vibrant high register. His “Nessun dorma” was sung with some full sounds, but was rushed,  lacked Italian phrasing and diction.

Monastryska showed an even voice in all her registers without ever falling apart; she is a spinto soprano who covers her sounds well, has no problems with the music, but she does not make us vibrate with emotion. She did manage to make an icy impression at the beginning (rather marble!) and in the final duet she looked more passionate, making the transformation convincing. Curiously, this final duet, very episodic musically (not completed by Puccini) came out, for once,  very convincing (Props to Alfano, who completed the work!).

The trio of the masks, whose music is in my opinion top-notch, for the subtlety, orchestration, Chinese flavor, etc. was performed by Alexey Lavrov, Tony Stevenson and Eric Ferring a little mechanically, improving over time. They didn’t brought to life the exuberance of these characters nor the bizarre aspect.

The MET Choir and Orchestra, probably the world’s best ensembles for opera, were formidable. The baton of Marco Armiliato, a regular stalwart of the MET, was full of Italian wisdom. He is one of the few principals who make us think of the old school; always attentive to the accompaniment of the voices, achieving sonorous sounds at the most important moments, but always allowing the sound of the voices to be listened. The exceptional phrasing of the strings; the round sounds of brass, the detail of the percussion, everything was in place.

Of the rest Jeongcheol Cha as the Mandarin, and Carlo Bosi as the emperor, both honored their roles vocally and dramatically.

As always in Puccini; I don’t know what magic he put into his music, but you end up crying in a moment or two. The audience’s response showed this Turandot was worthy of what is expected today at the MET.